The second in the short series of images from the street’s of Cardiff during the Rugby World Cup, all shot on Olympus OM-1 with 50mm Zuiko lens on Fomapan Classic 100 film. The first instalment can be found here. 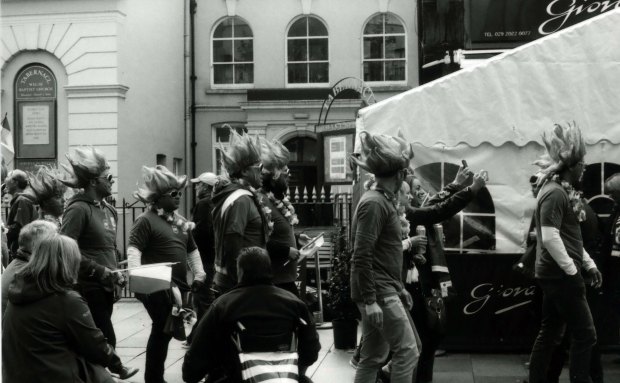 F8, 1/125th sec. I love those wigs, like a mixture of a mountain of baked meringue and an Anime character.

F8, 1/125th sec. Street seller’s making a killing. I really like how the central characters of this image are framed by the ring of the monument, and the big bright flags. 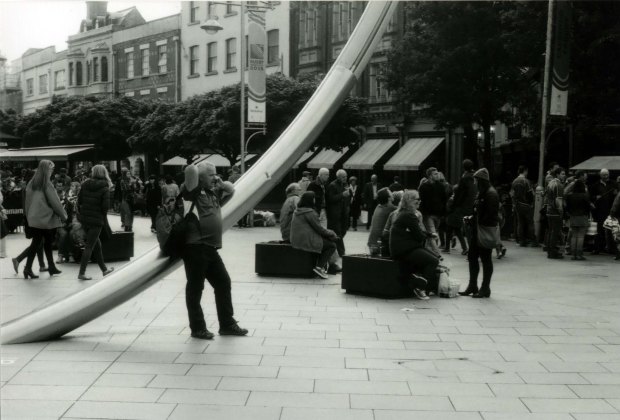 F8, 1/125th sec. This was probably the best thing about that whole day, someone kicked a few rugby balls into the air in the middle of the street and an impromptu friendly started from nowhere. This may look like their having a fight but actually they’re rucking for the ball, great atmosphere.