Part four of my trip to Chester Zoo, a while back now possibly a whole month ago, all taken on Canon AE-1 Programme with 50mm lens and using Agfa Vista Plus 200 film.

Who isn’t impressed with size? I certainly am when it comes to a massive snake such as this this Reticulated Python, so big it wouldn’t fit in the frame of this image. 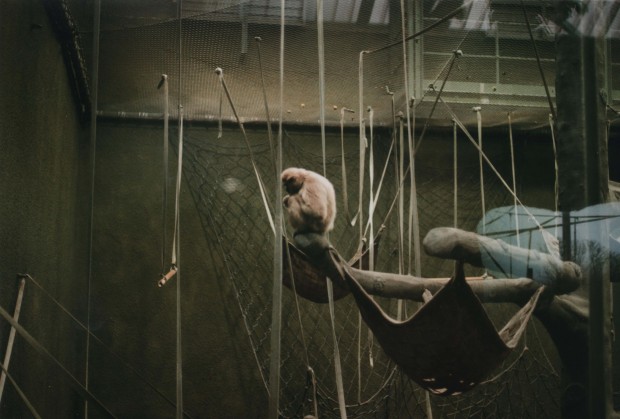 I’m sure he had friend’s in his enclosure but they didn’t seem to be around at the time. There’s something so very human about primate’s, especially when they’re sat in quiet contemplation like this. 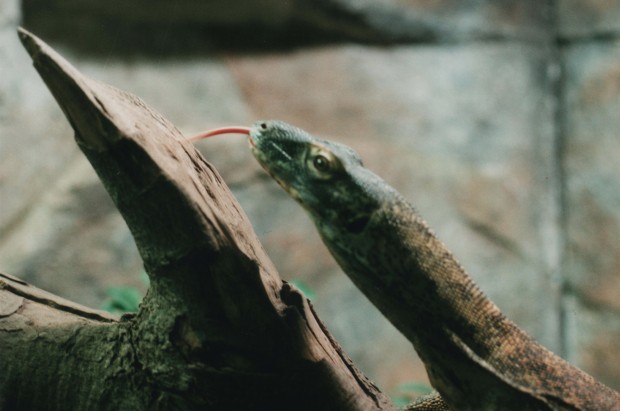 I really like Komodo Dragon’s, they look so prehistoric, it’s like viewing the past in an animal that’s alive now. This was one of the smaller one’s, the biggest was too far away to get a good shot of. I like this though, especially as he’d poked his tongue out as I squeezed the shutter.

Final photograph for this entry is this Asiatic Lion who was, well I couldn’t really describe the noise it was making, not a roar at all but more of a guttural low “barking” at this bush. It sprayed over it, clearly marking it’s territory and moments late sprayed into the face of a small child as well. Now that was funny.