Another selection of images taken on my Olympus OM-1 with 50mm Zuiko lens and on Fomapan Classic 100 around Cardiff.

F5.6, 1/250th Sec. These two women were perfectly framed in between the goalpost’s doing some sort of aerobic workout. 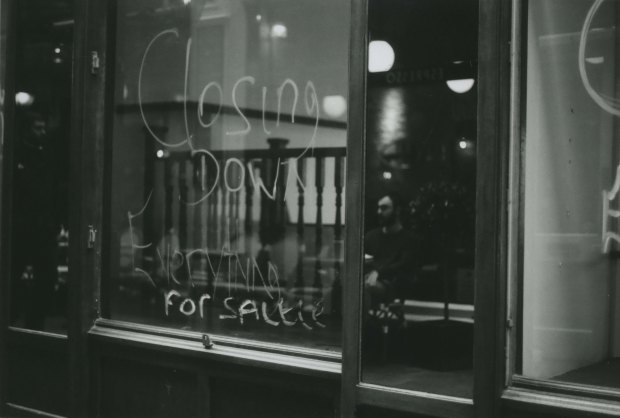 F1.8, 1/125th Sec. The store is closing down, but opposite is open for business hence the reflection of the customer sat outside. I like the full reflection on the one side compared to the semi-reflective semi-see through nature of the window.

F5.6, 1/125th Sec. They probably weren’t waiting for someone to exit the casino but I thought it made a nice shot, the mother and child waiting for perhaps the father to emerge triumphant or despondent from his luck. 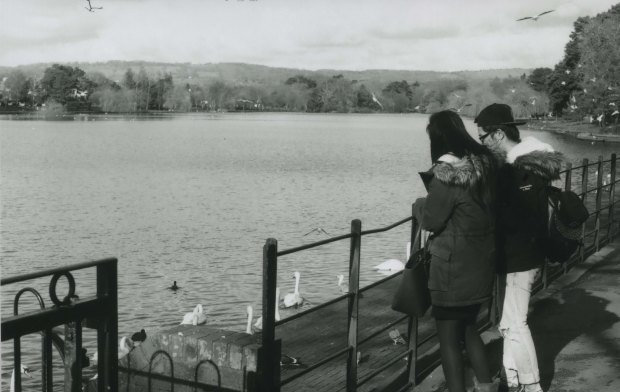 F8, 1/250th Sec. Feeding the duck’s/swan’s/seagull’s (mostly seagull’s since they swoop down and steal anything that isn’t nailed down), I would hazard a guess these guy’s are foreign student’s considering it was the middle of a weekday and their is a student hall’s of residence about 10 mins walk from this spot (bonus fact; the same halls of residence I stayed in during my first year of university).