For week 47 of my 52 week photography project the subject is once again landscapes and this time the theme of “abandoned”. I have a surprising amount of images of abandoned places, be they industrial or historical as I really like the idea of seeing something that mankind has created being claimed back by the ravages of time. That being said I thought rather than just showing either an old, overgrown building or rail line or a touristic medieval ruin (there’s plenty of those in Wales) I’d go for something a little different. So this is the image I’ve chosen, it’s the remains of a neolithic burial chamber here in South Wales, it’s historical but it’s not a place people often visit or even know about as it’;s just standing, alone, in a field some way from any major towns or roads.

END_OF_DOCUMENT_TOKEN_TO_BE_REPLACED

You may or may not have noticed how often water or the sea comes up in my photograph’s, I think a lot of us are drawn to water in imagery and the sea gives a powerful look when you realise just how small you are in comparison to nature. Or maybe it’s just because I live in the UK, an island surrounded by the sea on all sides and it’s never far away, so it’s become an easy subject to go back to time and time again.

All these are taken around St Ives in Cornwall last year on my Nikon FM with 28mm Nikkor 1:2.8D lens and Agfa Vista Plus 200 ISO colour film.

I thought I’d take today to revisit a photograph or two that have already featured on this blog but featured some time ago, and therefore probably not been seen by the number of people who have taken an interest and/or followed this since they were originally posted. I’ve also posted some new one’s which I can’t figure out why I didn’t post them originally.

So as I’ve spent a large part of today doing homework (yes I am nearly 30 and that sound’s weird to me also) for the Italian classes I’ve been taking I thought I’d go back through some of the photo’s I took when me and my girlfriend visited Rome at the beginning of the year. I absolutely loved that city and it also mean’s I can make a post with that doesn’t involve an Olympus for the first time in a while, all of these were shot on my trusty old Nikon FM with 28mm lens and on Agfa Vista Plus 200 film, I hope you like them because I certainly do. 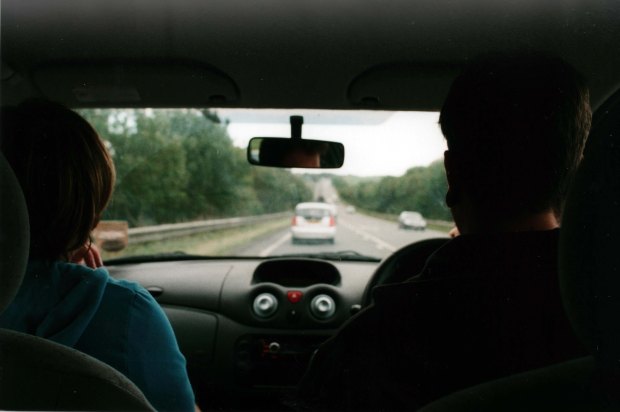 A selection of photograph’s of people fishing from Penarth Pier, Wales. All Nikon FM with 28mm lens on Agfa Vista Plus 200 film.

A selection of shots of Cardiff Bay at sundown, all taken on my Nikon FM with 28mm lens on Agfa Vista Plus 200 film. 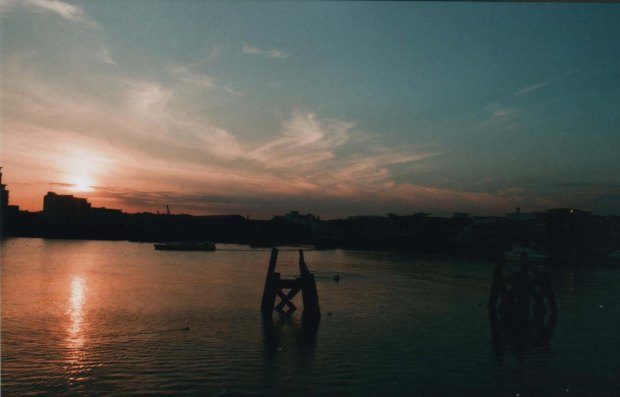 First up this shows some of the remaining moorings rising up out of the water, relics from when this was a working and industrial area rather than the leisure area it’s become. F16 1/60th sec. END_OF_DOCUMENT_TOKEN_TO_BE_REPLACED

END_OF_DOCUMENT_TOKEN_TO_BE_REPLACED 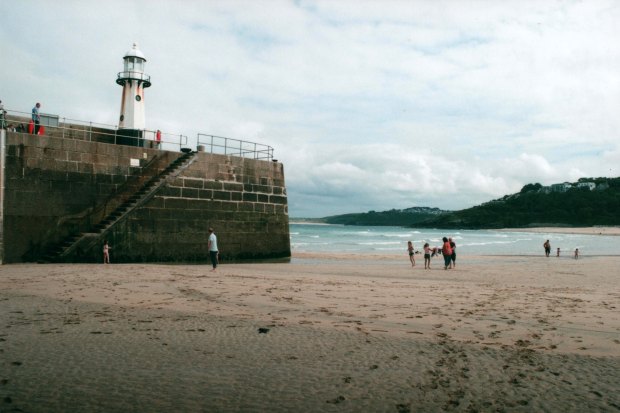 END_OF_DOCUMENT_TOKEN_TO_BE_REPLACED

The Road leading down to the beach, Sean (in blue) jauntily heading down the hill as the couple returning pass him. I like the double yellow parking lines leading down the road here, into the distance within the photo, and the lamppost that almost frames the people in the image. END_OF_DOCUMENT_TOKEN_TO_BE_REPLACED