As some of you may know I visited Berlin about a month or so ago, I’ve already shown some of the image’s I took digitally while there but now I’ve had a couple of rolls of film developed from the trip as well. So over the next few week’s I’ll be sharing the image’s taken on Agfa Vista Plus 200 with my Olympus OM-1 and F.Zuiko 50mm lens.

As you can see I’ve included some photo’s that I would normally consider as dud’s, above and below for example, that’s mainly because although part of the image has been lost in the exposure I still think they work. The train station one especially, it’s as if the track’s are literally leading off into infinity.

I love the grain on this one, slightly underexposed due to being inside a train and not in the bright outdoor light. 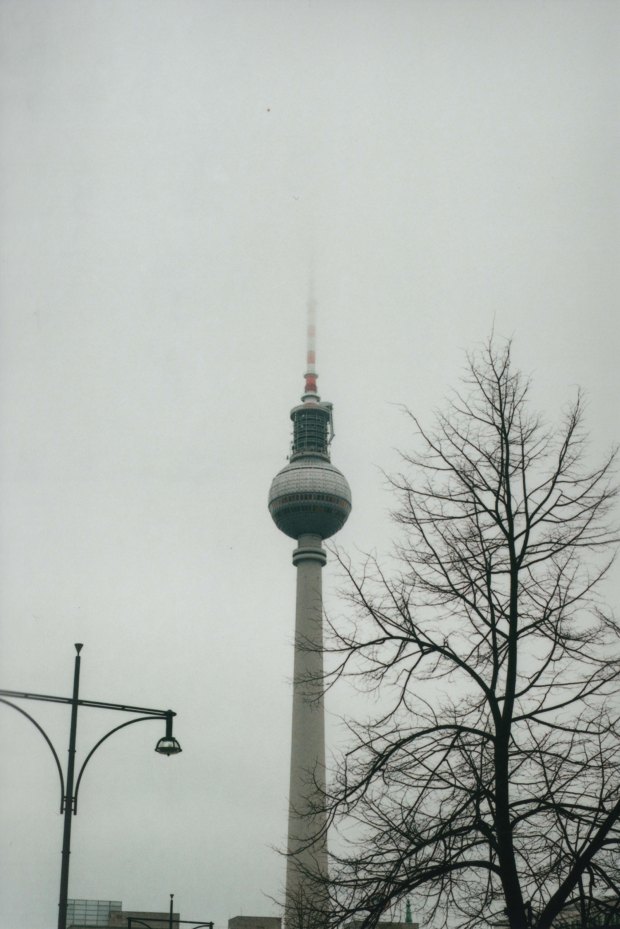 The top of the tower is literally reaching up through the clouds, it was a misty day and I thought the sight of a man made object disappearing into the sky was cool